Born on 1962, in the central Serbia, in that time central Yugoslavia, town Krusevac.

My family was well educated, always respected the knowledge and work, always orientated to the civil society, against communism…but very pro social democratic. 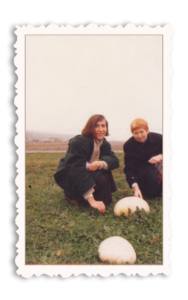 Finished Biology faculty on 1986 and immediately had gotten a job in the big Institute for Agriculture research on the field of the mushroom mycelium production… reason was the fact that agricultural engineers who was dominant in the Inistute did not want to work with mushrooms so as a biologist, she did not have the option.

On 1990 had gotten in touch with Mushroom Experimental Station in Horst in that time part of the Wagenningen University one of the most famous scientific research Centre for edible growing mushroom research. Grey eminency of the mushroom science ever, dr Gerda Fritche, breeder and researcher and first author of the new champignons artificial strain, was there and she had introduced Ivanka to the director dr Leo Van Griensven… he provided her opportunities for the modest scholarship and on March 1991 she left in Horst.

There I was working with the scientists in the Dr Anton Sonnenberg`s group for mushroom genetic and breeding. Dr Van Griensven was the manager of the Station, which in that time was active in the most important field of growing technology initiated by environmental problems.

After finishing of the educational period, I got a job there as my old fashion education was very welcomed in the Horst station. However, due to the emotional reason and huge nostology feeling, in the most worst period for my country, in the middle of the civil war, I came back in Serbia. In a mean time Yugoslavia disappeared, my passport lost validity… inflation reach the highest value in the global history; shops were totally emty and worst war on the therotory of the ex Yugoslavia was burning.

I came home, the big Institute was destroyed and some part of that big company was still very alive. In a mean time they rented the factory for oyster mushroom production situated on Kosovo, the biggest one in that time in Europe, and I went there to be the main technologist.

My knowledge was very weak but my will was strong… we developed a good business beside all negative circumstances in surroundings. We had faced with the problem of the spent substrata and I rebuilt nice collaboration with expert in animal feeding dr Adamovic with whom I already collaborated, before my leaving in Holland. The problem of the spent compost already had been very interesting for him, so we continued collaboration and dr Adamovic created technology for utilization of the spent substrata after oyster farming in the ruminant feeding. It was the result of the fantastic collaboration…

During my work on Kosovo I was partly in Belgrade and partly there. In Belgrade, and Serbia generally, thanks to terrible economy situation (and, honestly crime, which destroyed everything) people were looking for ways to survive and started to grow mushrooms as additional. It was the time of one of the most higher inflation ever recorded in the human history. Parallel market flushed as bakery started to grow like mushrooms (money laundering) and also people could sell a lot of various things they produced. However, as money did not existed in their pockets, I found the way (because of my unique mushroom knowledge) to organize in the small rooms a proper conditions and somehow provide good conditions for them for doing that modest job…. that is how small growing units started to be in my focus… I simple adjusted demands of the growing technology related terrible conditions of the poverty which had been generally in all surrounding.

Ivanka left factory in Kosovo due to political reason. All work, everything was wasted…

I came back, again, on the same place where I started to work, in that moment 10 years ago and continue to work in my small private company which we founded in rented space… Colaboration with science remained, with Horst had never stopped so.. It was working…

On 1997. In Belgrade had come very high delegation from China… among many, president of the  Shanghai Academy of Science was there… our Ministry of Science , (take into the consideration that in that time Serbia was totally isolated country and nobody wanted to come) prepared fantastic reception. But president of the academy ask if they have somebody who is dealing with mushrooms as he was the director of the Institute for edible mushroom research in Shanghai… 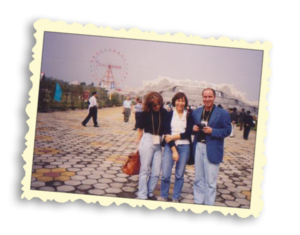 Ministry was in shock as they did not have a clue about the mushrooms nor anybody who is doing that in Serbia, but fortunately somebody reminded him that some lady is doing something and they invited Ivanka. President and Chinese delegation were delighted, our Ministry confused but it resulted by Ivanka`s visit of China on Dec 1997 as European expert. Circumstances were in her favour, that was the time when China had started to awake and they were looking forward to have somebody with European knowledge. It was fantastic experience, laboratory had been so cold that advanced technique could not worked but…

One year later I was again in China during the congress of Mushroom biology and mushroom Science… take into the consideration that still for Serbian scientists and researchers global world was closed due to the political situation. Dr Adamovic and me, we had presented our article about ruminant feed and spent substrata. In a mean time, thanks to the extreme quality, article was published in the respected journal, again, although publishing something internationally was forbidden for Serbian scientists. I met there dear Carmenza Jaramillo and Jens Hoffman and they told me that some guy would be very glad to meet me as he believes that waste does not exist and that my work perfectly fits his philosophy… that guy was Gunter Pauli.

So i got his email address… (internet was still in development)… and nothing happened.

However, 6 months later bombing of the Serbia started and I was in panic… I founded somewhere some internet and wrote an email to Gunter Pauli… the first time… and he responded, like he always do still.

Gunter Pauli invited Ivanka to come immediately to Germany to finish one project.

I reminded him that we are under air strike… that I cannot go anywhere… but fortunately bombing stopped in June and Gunter invite me again to come to Germany in old brewery and do the mushroom project based on the spent grain. Leaving Serbia was not possible as only embassy which was open in Belgrade was Switzerland and only visa I could have was Switzerland visa… so I travelled to Geneva in UNEP office and there I met the very first time Gunter Pauli who arrange visa for me trough UN department.  Our first ZERI project had been succesfully realized, in Krojcel Brewery in Germany. 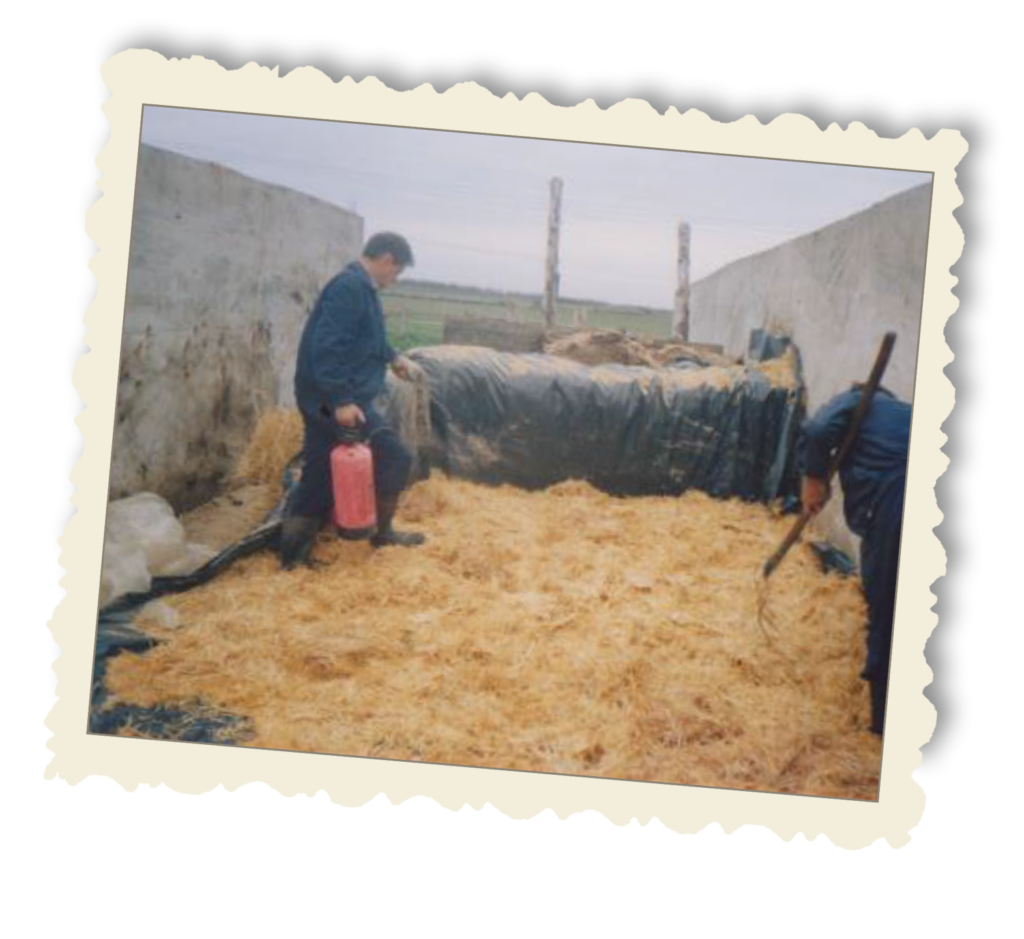 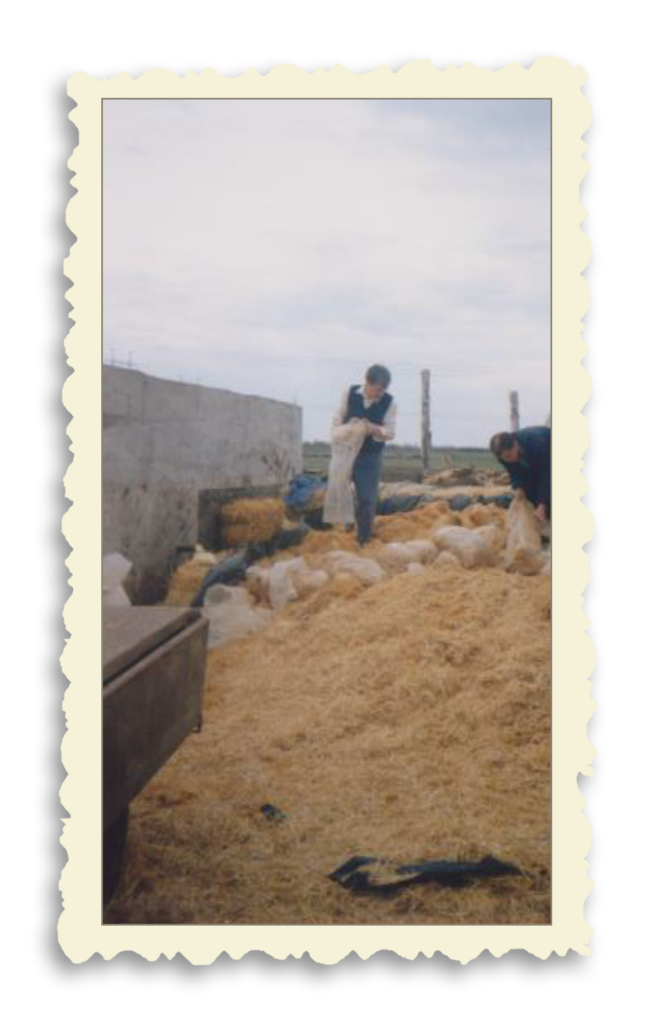 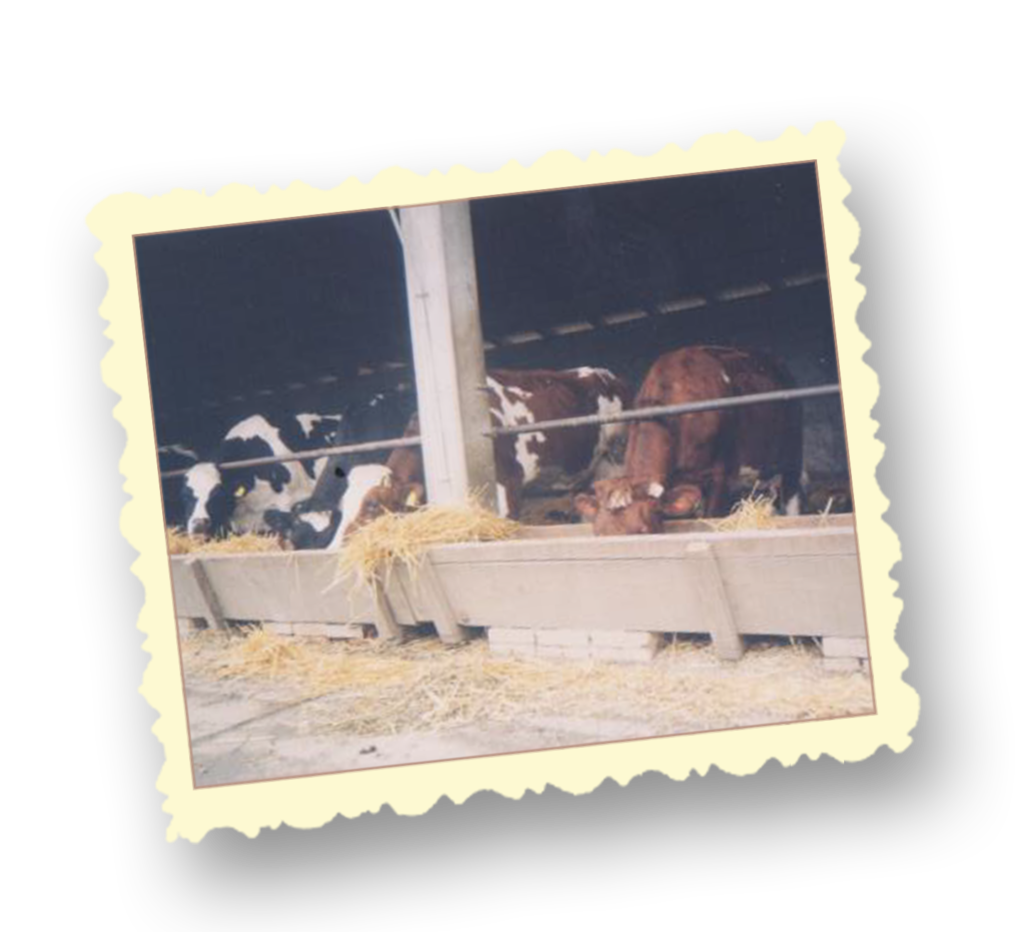 Very soon after that, next similar project had appeared in England, in Bulmer factory in Hereford, where big cider producer had a problem with apple branches and trees. Ivanka started a shiitake production there.

In 1999, after the Zeri Congress in Colombia, we created project with Africa University in order to teach young girls to grow mushrooms in the orphans campus. My colleague Margaret who had  been deeply involved on site and me, among many others, had teached little lovely Chido Govera who is now fantastic, famous altruistic world leader in the battle for the better world and justice.

In 2004 fantastic project with native Ameicans and ZERI New Mexico State was realized, where Ivanka and her colleagues set up sustainable mushroom farm based on the salt cedar tree which any was burnt before that moment. Local native Ameicans insisted on growing exclusively local varieties of mushrooms, so they had to found, determinate and isolate mycelium from the local strains of the edible mushrooms,  but thanks to collaboration with NM State University, they had set up the first bank for the local strains.

In Sebia political change had happened in 2000. and I wanted to set up my own production which, as I planned, would be the bridge between science and praxis, something like Mushroom Exp. station in Horst…

The first unique tunnels for the mushroom production had appeared in the same place where EKOFUNGI exists today.

But simultaneously, in order to support totally devastated agriculture in Serbia, I had been very much involved in the activities regarding general agriculture sector improving trough NGO Agronet. In Decembar 2000, first international delegation came to Serbia and it was Dr Griensven from Holand and the Duch Ministry of agriculture team…  It was the time when Serbia opened to the world, thanks to this very first collaboration and program of support, dedicated to our farmers with goal to improve their farming and production tehniques.  Thank you dr Van Griensven for supporting us… it was the time of recovering…

I had never left my farming and will to involve science in praxis… but my colleagues from university was not ready to accept that challenge.

Fortunately, University of Turin and Department for industrial design had embraced improved techniques and I left Serbia to be guest professor there for ZERI master… few months later, based on the demand of dr Bastigniano who believes in systemic design, we cultivated and presented to the world, the first mushroom on coffee waste on Slow food Salon.

Than revolution started. Coffee waste starts to be in. Urban farming even more.

First students who wanted to do and learn something about that came in Belgrade in our production on Sept. 2009… Today its well known Gro Holland production and founder of Upcycle from Paris.

Up today, directly or indirectly, I trained more than 500 mushroom growers… Completely new branch in the mushroom growing industry is developed thanks to the experience and applied knowledge.

This website uses cookies to improve your experience while you navigate through the website. Out of these cookies, the cookies that are categorized as necessary are stored on your browser as they are essential for the working of basic functionalities of the website. We also use third-party cookies that help us analyze and understand how you use this website. These cookies will be stored in your browser only with your consent. You also have the option to opt-out of these cookies. But opting out of some of these cookies may have an effect on your browsing experience.
Necessary Always Enabled
Necessary cookies are absolutely essential for the website to function properly. This category only includes cookies that ensures basic functionalities and security features of the website. These cookies do not store any personal information.
Non-necessary
Any cookies that may not be particularly necessary for the website to function and is used specifically to collect user personal data via analytics, ads, other embedded contents are termed as non-necessary cookies. It is mandatory to procure user consent prior to running these cookies on your website.
SAVE & ACCEPT
Translate »