Being small or medium entrepreneur is a challenging process. When I was starting my mushroom production business, I was led by a few ‘common sense’ principles of how things should be organized in order to fulfil the demands of a market, my employees and myself as a business owner. In addition, I had the ambition to create a training centre for transferring scientific knowledge into the daily practice and create sort of the extension field for the mushroom growing technology.
These demands are “something I have to fulfil to succeed” I thought. During my first years of doing business in Serbia, southern Europe, I felt like I’m a part of a topsy-turvy picture, where I was the only object in the picture standing properly. Everything was different than I thought it would be!

Then I discovered that no one in my surrounding is seeing things the way I saw it. There were no ethics and humanity in respecting verbal agreements, signed contracts, even the people who worked for me at the time were focused only on their personal priorities, not seeing the bigger picture that I was trying to make them a part of. I was truly disappointed. I believed that if you’re doing something with a passion, all other important things will just follow naturally. My biggest disappointment was that no one cared! No one but me really cared about our product, about the customers, about our business environment, the innovative technology.

Many years later I operate with a team that is capable to understand all the values which stand behind our products and services. It took me a serious time and effort to discover these people, because, in the end, it all comes down to people who you’re working with. Some of them are older, some are younger, there are more ladies than gentlemen involved and there are members of different nationalities, religions and races among them. But what keeps us together is one element that is so much underestimated and depreciated in business today. That’s decency! Decency to confess when you made a mistake, to accept the differences, to really listen to what others have to say and to let them do it the way they feel it’s right. The feelings are driving people, whether they’re living or working together. Only if they feel safe and believe to each other, they have a potential to grow!

So with the entire struggle that I had to go through, now I can say that Ekofungi presents the company that I was thinking of when I started. But the overall picture in doing business is still something that we need to work on. The existence of inner peace won’t make outside disruptors go away. We have to work more and fight for a global change! This won’t happen overnight, but what we need to do is to influence the mindset of decision-makers, business people, executives, directors and especially young entrepreneurs.

I was a pretty sceptic that this could be taken into action globally, just until a couple of weeks ago when I was invited to participate at Zermatt Summit as a speaker. I read on their website the sentence that it’s a “place where those who care – meet”. With all the experience from the past with all kinds of business events that I’ve been, I didn’t expect to see this amount of energy and will for the change in how businesses should be run. My biggest surprise was that we were talking about common good! The common good is something far from the mindset of business people, I thought. Until now! 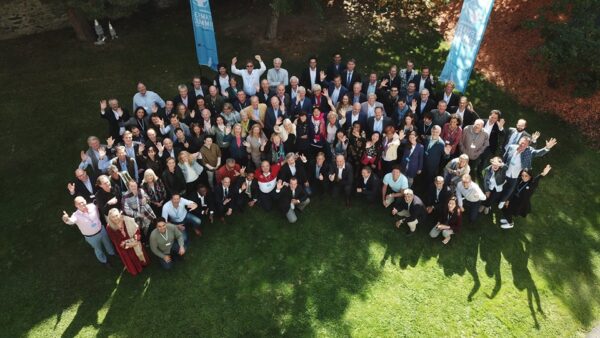 I am personally very “stick to the ground” when we are talking about new, let’s say more human, economic development. I hate the word “sustainable” as everybody’s using it and very few know exactly why they use it, and very often, maybe due to a pretty long experience of irregular business conditions here on Balkan, I am still pretty sceptic about the possibility that we could see some global changes in a mainstream economy.

Ekofungi is really doing things in a different way, and we’re proud to emphasise that these differences are, as I said, reflected not only in the way we do business but in our personalities and emotions, in the way we educate and listen to ourselves and others. 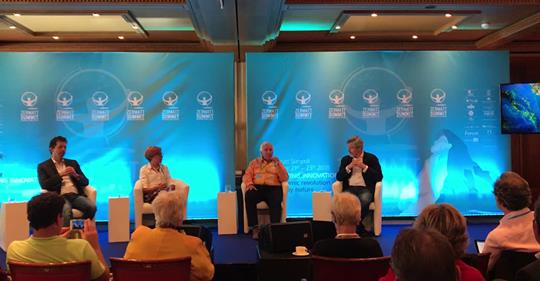 Zermatt summit sent me a clear message that I am wrong. A different way of doing business is not booked only for SMEs who are struggling for the identity while just surviving or for the exclusivity and extravagance.
Zermatt summit showed me that human way of doing business is in the minds of a serious business people (in sense of the capital which they control), but in the minds of great artists, inventors, entrepreneurs, visionaries, modern economy philosophers…

I have seen big capital with the human face, virtuously pretty people, musician who is playing for altruistic reasons, how biogas could be made from a seaweed, how to reorganize developing societies to achieve social peace and prosperity, how 3D farming can create more jobs, how an information could be transferred with the speed of light through LiFi technology…

Zermatt Summit was the celebration of optimism, positivity, cultural exchange, education, humanism and understanding! It’s the future for our loving ones that we’re hoping for…

Any cookies that may not be particularly necessary for the website to function and is used specifically to collect user personal data via analytics, ads, other embedded contents are termed as non-necessary cookies. It is mandatory to procure user consent prior to running these cookies on your website.